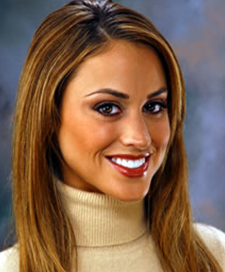 Rebecca Dipietro is a model and actress from Providence, Rhode Island and is currently living in New York City. Rebecca came to us because of a childhood injury which had badly broken some of her teeth. In addition to having her teeth restored Rebecca was interested in cosmetic dentistry and asked us for a beautiful dazzling smile which we provided using LUMINEERS.

Since her Smile Makeover Rebecca's careeer has really taken flight. In fact, in October of 2005 Rebecca became Miss Hawaiian Tropic 2005 by winning the national competition in O'ahu.

We wish Rebecca the best as she represents the United States this spring in the Hawaiian Tropic International where winners from around the globe will compete for the ultimate prize in Las Vegas. 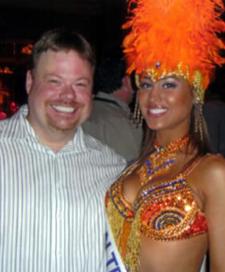